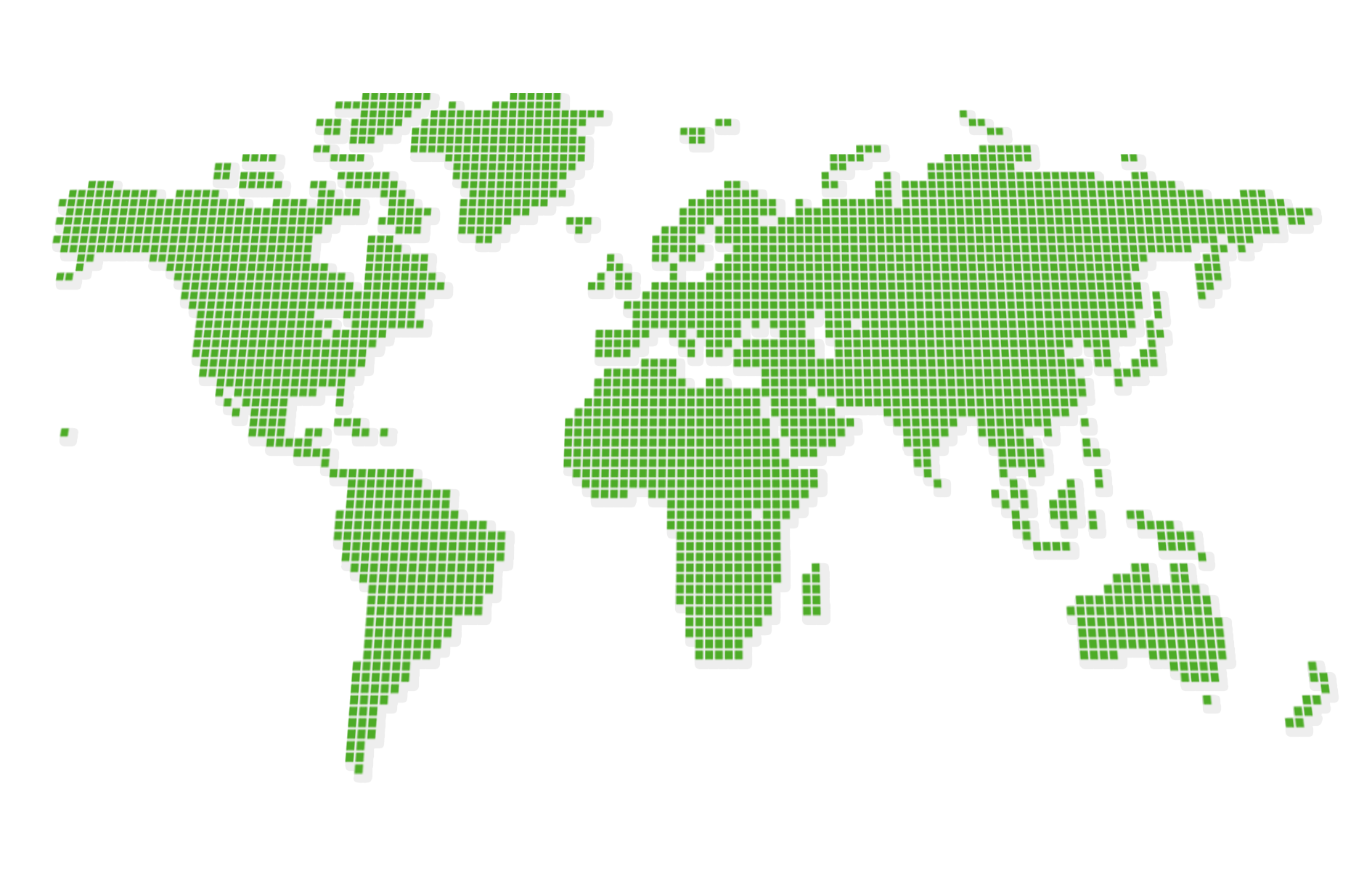 We have locations in Japan, Asia, Northern America and Europe, and support globally-expanding business.
We have 9 companies operating in total – 4 in Japan, 5 overseas. Our Japan plants act as
“mother factories” to roll-out monozukuri standards and technology standards to overseas locations.
Here are the various locations, with an introduction of who our employees are, their work and their motivations and engagement. 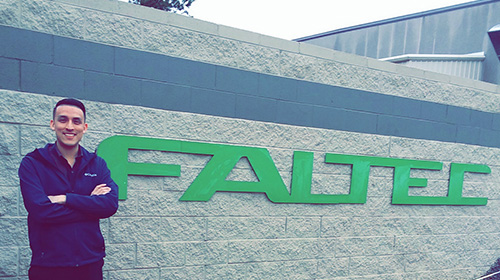 Faltec America was established in 2008, with an office in Tennessee and a production factory in Georgia.
In 2017 there was an increase in facilities for the Millimeter Wave Radar Cover.

I am the QA Supervisor of Faltec America, Radome Division located In Adairsville, GA.
Mainly my responsibility is to uphold our reputation through maintaining our quality standards with focus on our customer’s requirements and to ensure that we either meet or exceed their expectations. I do so by helping eliminate potential risks, corrective actions, and by continuously looking for ways to improve our processes. 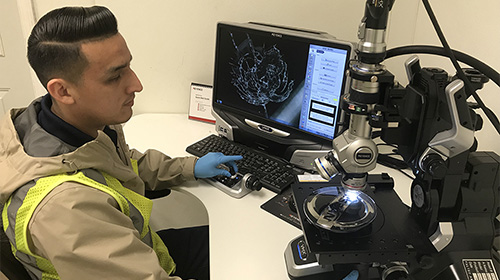 I joined Faltec America on June 13th 2016, and at the time I was just looking for a company that would recognize my skills and abilities; giving me the opportunity to grow. Faltec America was that company for me and ever since then, I have been stretching myself to be the best I can be so that I can better contribute towards the success of our company.

The only difficulty I encountered was the language barrier but, I soon learned how to better communicate myself without having to necessarily know how to speak the language. In the end, what was once a struggle soon became an opportunity for me to expand my communication and interpersonal abilities. Through the learning curve, I have grown myself and have built many business so I’m definitely glad to have experienced that. 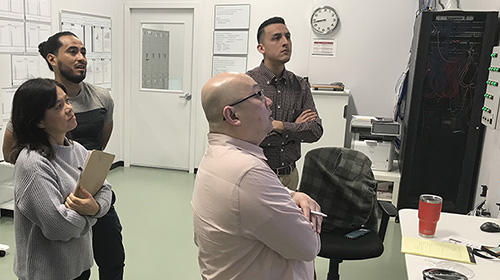 My future goal is to continue growing with the company and master the ins and outs of the business. Collectively, our team here at GA plant aim to be the standard for injection molding and Radome operations in the states; my main objective is to play a major role in the manifestation of that. 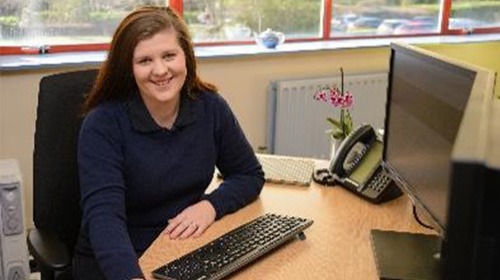 Faltec Europe Limited was established in 1989, and handles resin and metal products. It also has a development function, and is the Faltec Group overseas company with the longest history.

I am the Finance Manager of Faltec Europe Limited, responsible for running the Finance department. I have responsibility for all reporting, budgeting and forecasting. I ensure that colleagues across the business follow the correct process e.g. when buying new capital equipment. I support my colleagues across the business so that they understand their performance against budget and help them to close the gap. 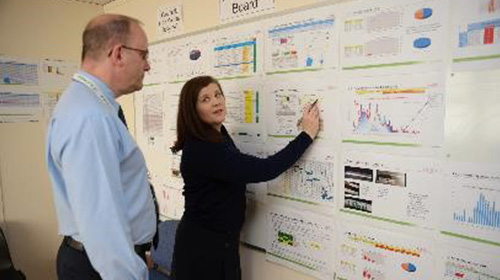 I joined the company in 2017. Having previously worked for Nissan, I was excited by the chance of continuing my career within automotive manufacturing. I enjoy the culture of Japanese business. 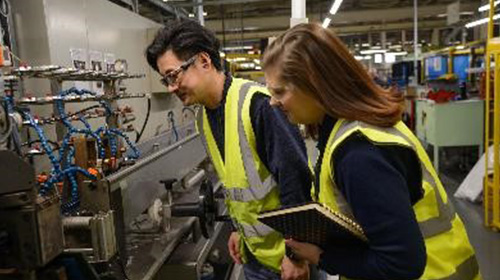 My future goal is for the new IAMP site is set up to be “best in class”. I want to have excellence in every process from day1 as this will be a new chapter for our business. This aim is as important for Finance as for the production departments. FOSHAN FALTEC AUTOMOTIVE PARTS Co., Ltd. was established in 2009.It handles resin and metal products, and has a plating line.

I manage the entire plant as the plant manager. We ensure the shipment of parts to customers, and promote to maintain quality control system, to reduce costs and to improve efficiency. 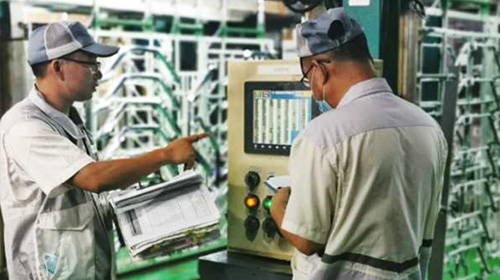 We have been working on automobile surface treatment technology for a long time. FOSHAN FALTEC AUTOMOTIVE PARTS Co., Ltd. has competitiveness compare in the industry, so I decided to join the company because I will utilize experience and try new things.

I struggled with increasing production ratio and maintain equipment without producion impact due to fluctuation in production at each process. We are focusing on improving quality of our product. 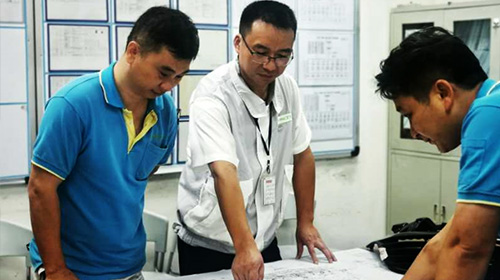 As the lead role of the plant, I would like to contribute to the Faltec Group by reducing costs, improving production efficiency, and secure operating income ratio through promoting system improvements and the allocation of appropriate personnel. 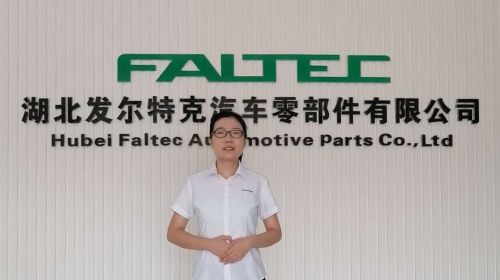 HUBEI FALTEC AUTOMOTIVE PARTS Co.,Ltd. was established in 2011. It handles resin and metal products, and has assembly line of metal parts.

I am Sales Manager of Hubei FALTEC. My main duties are getting more nominations and expanding customers. I struggled to maintain good relationship with customers. I learned how to promote smooth communication between employees and the Monozukuri in Japan.
I could contribute sales and operating income with my effort. Especially operating income of our company became top class in FALTEC group, we will work harder to make continuous effort. We aim to increas nomination by enhace to expand customers. And we will work together to contribute for FALTEC group. Faltec SRG Global Thailand was established in 2012.
It handles resin and metal products, and has a plating line of the same scale as Tatebayashi Plant.

I am Sales Manager of Faltec SRG Global Thailand. I manage sales function and customer service;
Internally, my main duties are sales business plan making, manage overall business to achieve KPI, develop my sales staffs’ skill, and manage sales administration jobs. Externally, I quickly respond to various requests from customers and new model sales expansion etc. The most important duty is to maintain good relationship with customers in order to enhance trust from them to Faltec SRG Global Thailand. I have joined Faltec SRG Global Thailand since 2016, I joined because the company had well-established and supported by Headquarter in Japan, I hope to enjoy working in Japanese Automotive business company where I can utilize my experiences and have new challenges. In Thailand, Japanese automotive industry have been playing very important role for Thailand national economy development.

Yes, every day I encounter a lot of difficulties. Our business competitors are improving their cost with short quotation lead time while we take at least two weeks in cost study and our cost level is sometimes difficult to compete, also annual cost reduction negotiation with customer is very tough. But, I feel that it is very challenging work and I hope to contribute to company more by overcoming these difficulties with FALTEC support. 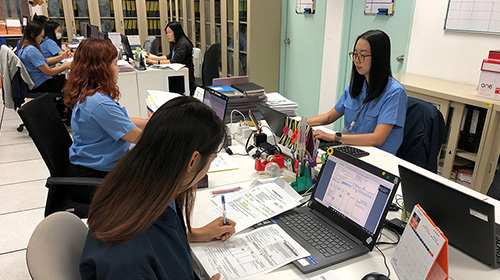 I wish I could improve my negotiation skills and performance to be better in works, I would like to have happy work life and be a part of successful company. I wish Faltec SRG Global Thailand will be more level up competitiveness in Thailand automotive industry, and we will make more contribution to FALTEC Group in future. FALTEC has established 2004.
We have plants in Tatebayashi, Fukushima and Kyushu.With the domestic plant as the mother factory, standards for both Monozukuri and technology are globally deployed to manufacturing sites.

I mainly manage regular meetings with our Chinese offices and Office365-related operations. Also, in order to improve operation efficiency, I aggregate the utilization rate of meeting rooms and communication tools.
Although it doesn’t relate to the product directly, I am involved with other departments by managing the entire IT environment of the company.Even within the department, we have different areas of expertise, so we are always communicating with each other, which makes the work enjoyable. 2.What was your impression of workplace?

My first impression was that our company has a culture of openness and trust.
When I first joined the company, I was anxious about the new environment and the big change from being a student to a working adult. However, the people in my department welcomed me warmly and I was able to get used to the workplace right away. We communicate frequently with each other, so it is easy to ask advises to my supervisor, and I am grateful that the company has created such an atmosphere.

3.What is the advantage of working our company?

We have Childcare leave and short-time work systems and which are actually well established. There are actually several people who are taking these systems, so I thought that it was easy to imagine what the future holds.
I don’t have any plans to use this system yet. lol First of all, I want to earn the trust of my department so that they can trust me to do my job in a safe manner.
Eventually, I would like to be involved in managing the IT environment of our overseas offices and become a bridge between our overseas offices. I still need to learn more so, I would like to take on any challenge without fear, thinking that everything is an experience.